The Miami Yacht Show draws in about $486 million for the state’s economy each year, according to a recent study.

Informa Exhibitions, co-owner of the event, commissioned the economic impact study and found the event attracts about 30,000 visitors; and the benefits include tourism dollars, jobs, sales taxes and a financial boost for the marine industry in the state.

“Throughout our 29-year history, we’ve consistently drawn free-spending visitors to Miami from outside of Florida – about 8,800 just last year of the total attendance of 30,000 – while providing massive support to Miami-based marine businesses, which secure tens of millions of dollars in sales during the five-day event,” Andrew Doole, vice president and general manager of U.S. Boat Shows, told the Florida Business Daily.

“The overall economic impact is $486 million and the show supports 3,576 Florida jobs. We’re very proud of this positive impact on our hometown and the state of Florida.” 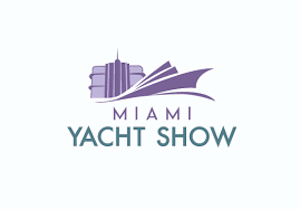 Doole noted the vast amount of money the event garners stays in Florida.

“By last year’s measure, the Miami Yacht Show generated a combined $290 million just for the state of Florida, consisting of sales by Florida marine businesses, state tax contributions from those sales, and expenditures by show guests at Miami hotels, restaurants and other businesses," he said. "It’s important to point out that all of this economic activity supports thousands of Florida jobs, too."

This year's event will be held in February in downtown Miami, which is a change that Doole said organizers are looking forward to.

“The new event location itself is also a plus, as it’s centrally located in close proximity to major highways and public transportation, as well as to downtown hotels, dining and entertainment," he said. "The site itself will have over 3,500 parking spaces, making access easier than ever for attendees."

“Our guests have a lot to look forward to in 2019: along with our in-water display of incredible yachts, the new downtown Miami site allows us to have more exciting vendor exhibits on land, as well as a valuable educational component that focuses on marine conservation and is being offered in partnership with Florida International University.”

Want to get notified whenever we write about Informa Exhibitions ?

Sign-up Next time we write about Informa Exhibitions, we'll email you a link to the story. You may edit your settings or unsubscribe at any time.