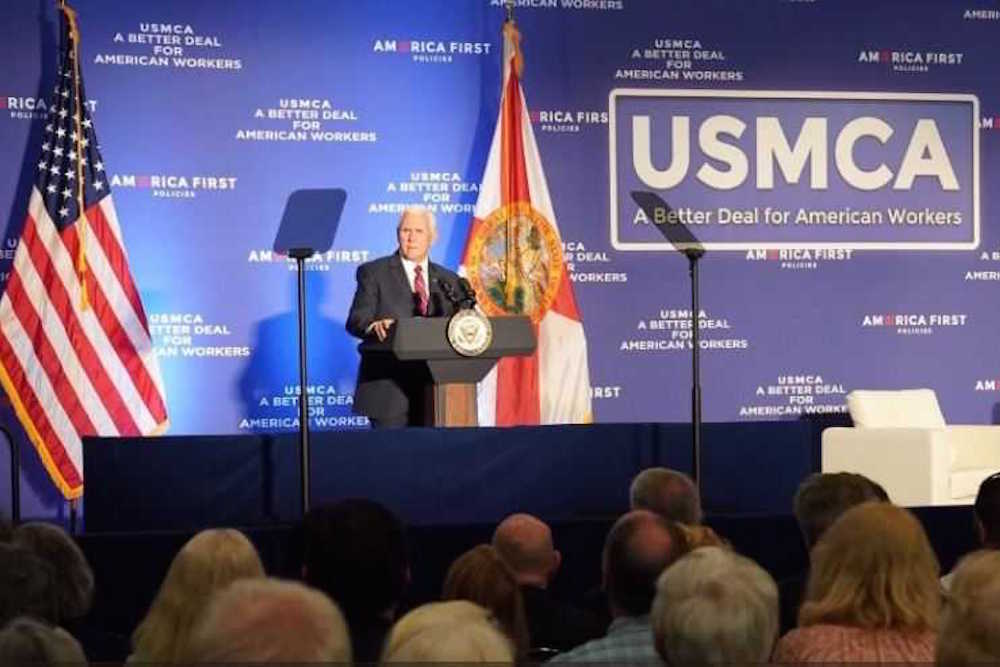 Vice President Mike Pence met with a group of business owners in Jacksonville on Monday to discuss the local implications of the U.S.-Mexico-Canada Agreement (USMCA), telling the audience that the manufacturing industry was responsible for 20,000 of the 454,000 new jobs created in Florida during the Trump administration.

"Make no mistake about it: The USMCA is a win for Florida and a win for America," the vice president continued. "The president has done his job; it’s time for the Congress to do their job and pass the USMCA this summer."

Pence said the USMCA was the largest trade deal in American history and will benefit the U.S. by putting American jobs and American workers first. 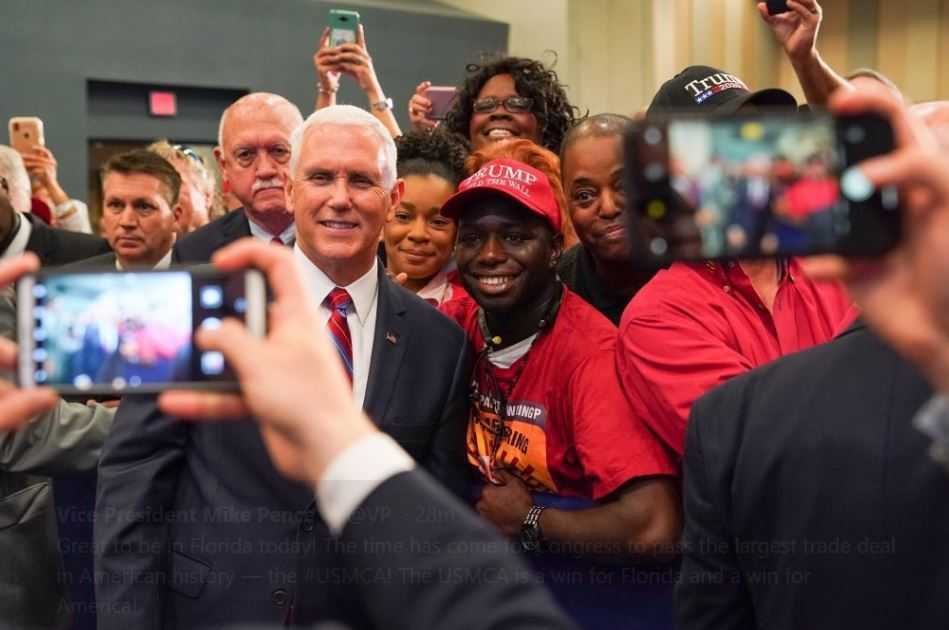 "The USMCA is actually going to impact more than 2 million manufacturing jobs that depend on exports to Canada and Mexico," Pence said. "We believe it’s absolutely essential that it get passed by the Congress because it will also finally allow American workers and farmers to compete in this hemisphere on a level playing field."

Pence called on his audience to accept responsibility for helping to ensure the agreement passes through Congress this summer.

"I couldn’t be more grateful to America First Policies for putting this event together because it’s going to equip you to be able to go out and make the case for the USMCA, and we need you to do it," he said. "And not just among your neighbors and friends, but we need you to reach out. Reach out to elected officials all across this great state. Let them know just how important this is. Reach out to people in both political parties. And we will make Florida more prosperous and more secure than ever before. And to borrow a phrase, we will make America great again."

Want to get notified whenever we write about Vice President Mike Pence ?

Sign-up Next time we write about Vice President Mike Pence, we'll email you a link to the story. You may edit your settings or unsubscribe at any time.