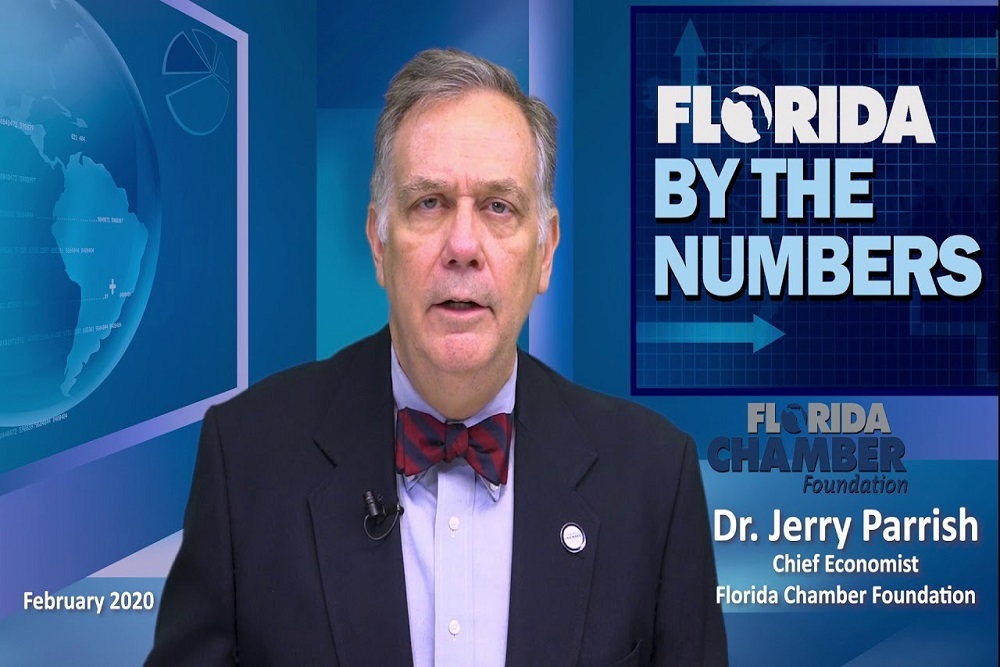 “With companies cutting their GDP forecasts, 30-year mortgages at an eight-year low, and manufacturers idling their factories because of supply-chain issues, all of this is having an effect on Florida’s economy.”

“Yesterday the Dow dropped by more than 1,000 points, companies are cutting their GDP forecasts, 30-year mortgages are at an eight-year low, manufacturers are idling their factories because of supply chain issues. All of this is having an effect on Florida’s economy, and it could continue. This is certainly a concern, but it’s not anything to panic about,” Dr. Parrish explained in his latest Florida By The Numbers report.

According to Dr. Parrish, Florida’s most vulnerable industries include:

The 10-year government bond, and the three-month T-bill are now showing an inversion.

“An inversion of the yield curve has been a reliable, but not perfect signal, of a future recession. This is one of the metrics that goes into the calculation of the probability of a Florida recession which is on TheFloridaScorecard.org,” Dr. Parrish explained. “The probability of Florida being in a recession over the next nine months has now increased to 24.1 percent.”

Want to get notified whenever we write about Florida Chamber of Commerce ?

Sign-up Next time we write about Florida Chamber of Commerce, we'll email you a link to the story. You may edit your settings or unsubscribe at any time.